What makes the sensors misread in a holding tank?

What do you think is the number one reason the sensors misread in a holding tank? Bet you get it wrong! Unless you watched the video first, you probably said paper hanging up on the probe, didn’t you? In the seminars that is the most common answer people give. TankTechsRx has studied thousands of holding tanks with misreading sensors and video taped hundreds. Our fiber optic cameras rarely, if ever, saw toilet paper hanging on the sensors. What we saw the vast majority of the time in the black tank was Struvite. It is so prolific we have devoted an entire section of videos to demonstrate its prevalence in RV holding tanks. Sensors have a reputation for never working right, even in a newer unit. There is a simple explanation why the start misreading. Some of the most popularly used tank treatment chemicals encourage struvite growth. They can cause the struvite to grow and foul the sensors in a matter of a few weeks. Once the struvite covers the tank sensors it will remain there permanently…unless TankTechsRx is added to the tank or the tank is professionally cleaned with the hydro jet system. Replacing the tank sensors is a short-term solution unless TankTechsRx is added to the tank maintenance. It TankTechsRx is added, replacing sensors will not be necessary unless there is a desire for a more accurate reading external sensor.
Misreading gray sensors is usually a combination of FOG, Fats, Oil & Grease and soap scum. Bar soap in an RV should be avoided because it can form a heavy scum and foul a sensor. Liquid soap is preferred. Not the antibacterial kind, it won’t harm TankTechsRx, but it may not be any better than ordinary soap and has more unnecessary chemicals. Pouring heavy cooking oil and grease down the galley or toilet should be avoided. When valves are left open, the gray tank will continue to build up with grease. The very worse tanks we encountered were FOG clogged with an unbelievable amount that filled the tank and lines completely. It was the stuff nightmares are made of. TankTechsRx added to the galley/gray tank will keep the sensors working properly for a long time. 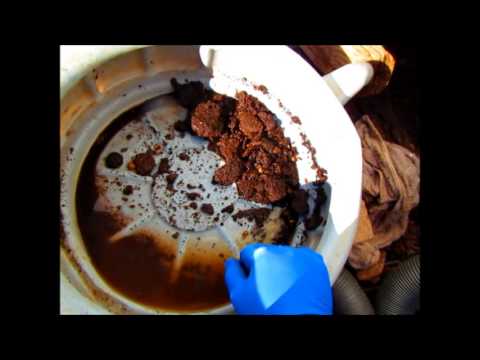 How long will it take TankTechsRx to clean the holding tank?

How long do you think it would take you to mow my... Read More 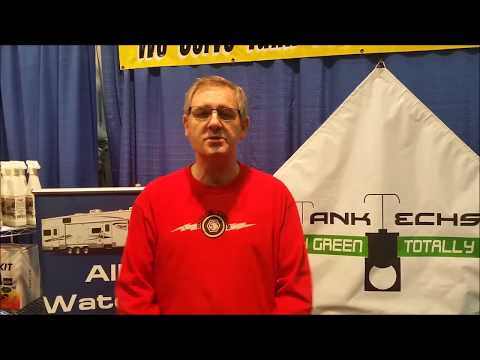 RV Holding Tank From Disaster To Success With TankTechsRx! 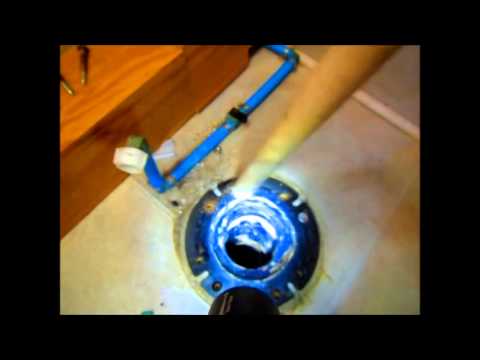 Struvite Removed with a Plastic Pipe